Xinomavro: A Great Greek Variety Still on the Rise

Xinomavro is widely regarded as the most noble grape variety of northern Greece, producing wines of superb complexity and longevity despite being relatively modest in richness and weight. Top renditions are at once impressive and elegant, which is an uncanny combination of attributes that it shares with only a few great grapes such as Nebbiolo and Pinot Noir. Yet Xinomavro is also akin to Pinot and Nebbiolo in being notoriously fickle in the vineyard and cellar, and among those who work with it, the variety has surely broken as many hearts as it has won.

When all goes well, Xinomavro can succeed in a strikingly wide range of styles. Fresh expressions can take the forms of rosés, sparklers or youthful aromatic reds, but it can also make formidable wines with intense flavors, rugged structure and a capacity to develop layers of character over long aging spans.

Success in any of these guises requires deft handling. Xinomavro translates into English as “acid-black,” which accurately indicates a grape that can bite as well as kiss. Growers need to ripen it thoroughly, as any shortage of phenolic ripeness can result in punishing tannins. By contrast, vinification requires a light touch, as excessive extraction can also result in undesirable harshness. Producing a wine that can be enjoyed when young but also develop over time is possible but difficult, requiring great skill and optimal growing conditions.

The regions most famous for excellence are Naoussa and Amynteo, though two other regions—Rapsani and Goumenissa—are trapidly gaining renown for blends incorporating Xomavro. Harvest typically begins around the middle of September and can extend into the middle or end of October depending on the growing season and the area.

As in all vineyards, climate and soil play an important role, but this seems to be even more critical when it comes to producing Xinomavros with what are considered “typical” characteristics. The variety is sensitive to warm weather and drought as well as several diseases including powdery and downy mildew. Botrytis, caused by late-season rains, also poses a threat.

The dominant flavor profile of a “traditional” Xinomavro would be a somewhat rustic, earthy wine that develops notes of dried tomatoes, olive paste and wild mushrooms with age. As already implied, however, generalizations are perilous with this grape and the wines it produces, partly because it is strongly influenced by variations in soil. Lighter soils based on sand or loam with high pH levels are conducive to producing examples with long aging potential, whereas heavier, acidic soils seem to encourage vegetative growth but not optimize fruit quality.

Xinomavro is a productive grape that thrives in poor to medium soils where work in the vineyard—especially canopy control and stress management—are very important for achieving desired maturity in the grapes. Proper ripening requires some penetration of sunlight past the leaf canopy to the grape clusters, placing a premium on precise trellising and row orientation.

The variety has mutated over time while being cultivated in different parts of Greece, with five distinct clones now identified. For the moment, the Velvendos and Yiannakohori clones show the best potential, but are distinctively different, with the Velvendos clone being more aromatic, but Yianakohori showing better tannic structure.

Regarding leading regions, Naoussa merits first mention. Written reference to Xinomavro in the area dates from the 16th century, and the name Naoussa probably originates from the Romans (who referred to it as Nea Avgousta, which evolved into Niaousta and finally into its current form). Wines from the area have been highly esteemed over the years, and the memoirs of a French visitor during the 19th century noted that, “The wines of Naoussa were for Greece what Burgundy was for the French.”

During the Ottoman occupation of Greece from the mid 1400s to the early 1800s, Naoussa received special tax privileges and, by contrast to other areas of Greece, its vintners were not only allowed to retain but even expand their vineyards and wine sales. By the end of 19th century, the wines of Naoussa were being exported to Central and Eastern Europe, Egypt and parts of the Eastern Mediterranean.

By 1913, planted area in Naoussa had expanded to 1300 hectares, when multiple disasters struck in the forms of the Balkan wars, phylloxera and the two World Wars. Viticulture in the region was nearly snuffed out, and residents were fortunate to rekindle it with new clones of Xinomavro found in Amyndeo, where vines had survived in some sandy plots that proved inhospitable to phylloxera.

The revival of the region of Naoussa was recognized in 1971 when it was officially identified as an Appellation of Superior Quality (or PDO as currently designated) within the new Greek appellation system. The zone of PDO Naoussa is located on the slopes of Mount Vermion at altitudes ranging from 500 feet to 1,300 feet and covering roughly 1,500 acres.

The climate is Mediterranean to semi-continental, with the Vermio mountain range moderating the cold winds and rainfall from the north. There are 13 crus included in the PDO Naoussa and many different soil types ranging from limestone to sand, clay and loam. Although vineyard acreage has decreased in recent years, the number of wineries has grown to more than 20, as younger members of grower families are electing to build wineries and vinify fruit that was formerly sold. Other notable developments include modernization of equipment and increasing experimentation with viticultural techniques (including organic cultivation).

Differing approaches to winemaking have resulted in three predominant stylistic clusters for Xinomavro. First is a rather rustic profile featuring lighter color and weight with spicy, earthy aromas. At the opposite end of the current stylistic continuum is a second set of wines with darker color, softer tannins and a more open character allowing earlier enjoyment. Third is a cluster of wines that is situated between the other two, and though these wines bear the closest resemblance to traditional bottlings from earlier decades, they differ by showing more extraction and structure.

The second zone in order of importance for Xinomavro is the PDO region Amynteo. The variety’s history in the area dates all the way back to the 3rd century BCE. Located on the other side of the Vermion Mountains from Naoussa, Amynteo suffered comparable ravages from phylloxera and was hit particularly hard by the wars of the 20th century. These calamities were alleviated to a degree by an infusion of refugees from Asia Minor who replanted many vineyards, only to have many of them destroyed during subsequent battles.

A more recent and sustainable revival was signaled by the establishment, in 1959, of the Union of Agricultural Cooperatives of Amynteo. PDO status was granted in 1972 for the production of dry red and sparkling rosé wines from Xinomavaro. In 1995, PDO status was broadened to include dry, still rosé wines, making Amynteo the first region in Greece to be awarded this status.

Today, the zone of Amynteo includes 1,600 acres, mainly on a plateau at an altitude averaging a little more than 2,000 feet. Surrounded by the mountains of Vermio, Vitsi and Voras, Amynteo is the coldest and most remote appellation of Greece, with a continental climate that is leveled somewhat by the presence of lakes Vegoritis to the north and Petron near the center of the plateau. The cold winters typically include abundant rainfall and snow, while the summers are relatively dry by comparison to Naoussa. The soils are generally poor except near the lakes, where it is rich in organic matter and consists mainly of sandy loam and calcareous bedrock. The ecosystem of the lakes and surrounding mountains are protected by Natura 2000, a network of natural areas designated for conservation under the auspices of the European Union.

The appellation rules require wines made entirely from Xinomavro in several different styles, including still and sparkling rosés plus fresh or age-worthy reds. Several wineries are also producing very interesting Blanc de Noirs sparkling wines made from Xinomavro. Harvest here begins near the end of September and often lasts until the end of October. The wines of Amynteo are generally fruitier than those of Naoussa, with more pronounced acidity and leaner texture.

The third appellation of special note for Xinomavro is Goumenissa, which lies almost 25 miles northeast of Naoussa, close to the Republic of Macedonia (which was part of the former Yugoslavia). Situated on the southeastern slopes of the Paiko mountain range, the region’s 950 acres are influenced by the Aegean sea, and the climate is slightly warmer than Naoussa, its neighbor to the south. The appellation requires that Xinomavro be blended with a minimum of 20% Negoska, a local indigenous variety that adds color and fruity aromas.

Finally, the region of Rapsani is located in Thessaly on the slopes of Mt. Olympus, mythic home of the ancient Greek gods. The highest mountain in Greece, Olympus provides a rich bio-diversity to the broader area. Rapsani’s vineyards are located on the east-facing slopes of the mountain, where the climate is Mediterranean and forests and rivers serve to diversify soil types. The Rapsani appellation was created in 1971, and requires equal parts of Xinomavro, Krassato and Stavroto, grown together in a field blend.

Archaeological evidence indicates that the wines of the region were prominent in ancient times, regaining fame early in the 19th century. During the 20th century, the vineyards were reconstructed, though World War II imposed serious setbacks on the area. The local Union of Cooperatives of Rapsani was instrumental in reviving the reputation of Rapsani wines and in gaining recognition for it as an appellation. Evangelos Tsantali bought the cooperative in the early 1990s, and has continued to invest and elevate the wines produced in the region. The wines of Rapsani are known for their deep color, spicy bouquet, red-toned fruit and velvety texture.

Although Xinomavro and the regions working with it have a very long history, the appellations are relatively new and the pace of change within them is exceedingly quick. Technical modernization and advances in viticulture promise enhanced quality in coming years, and since the best renditions of this amazing grape variety are already outstanding, that is a very exciting prospect for the future. 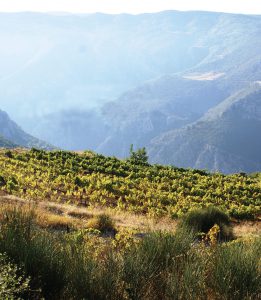 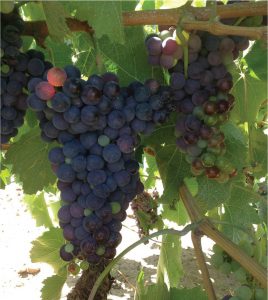 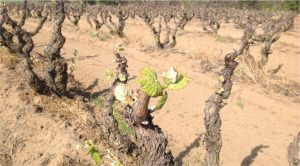