When the Old World Meets the New: Turkish Wines 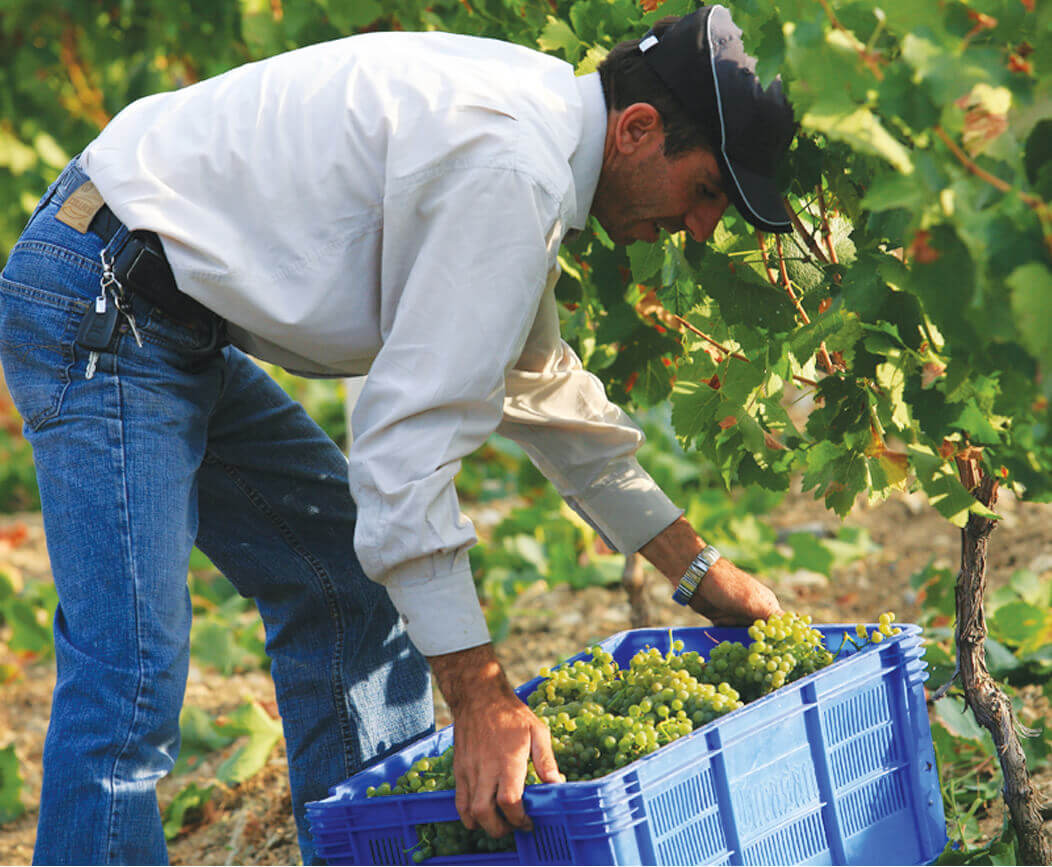 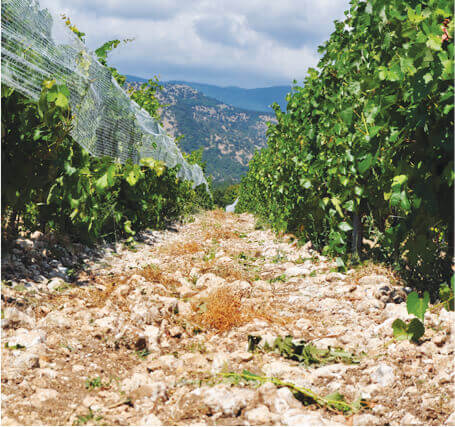 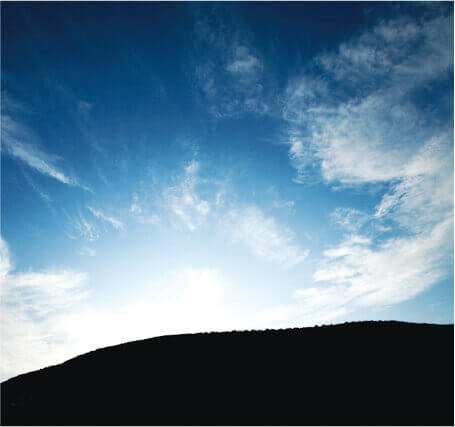 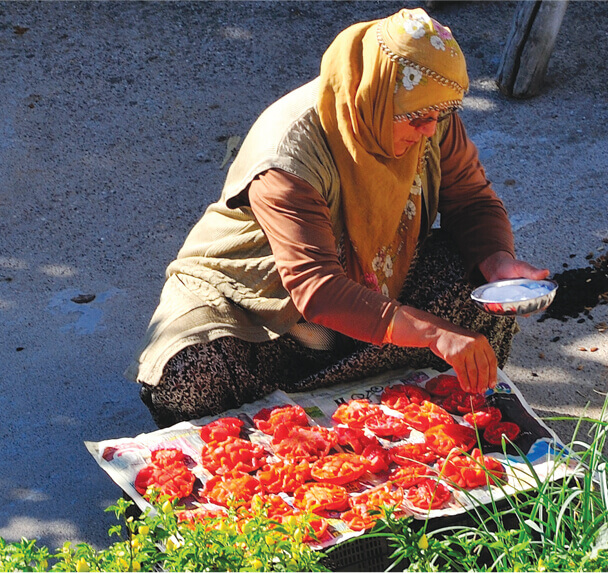 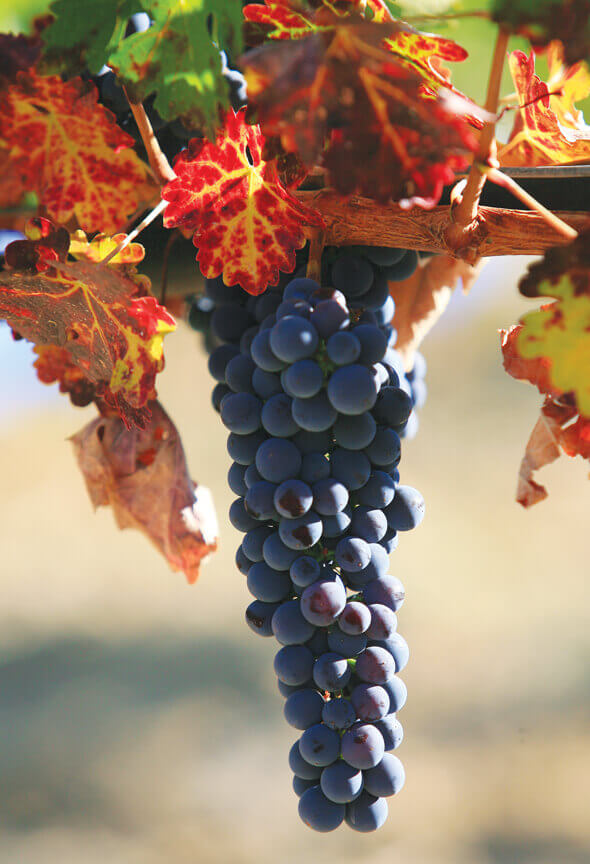 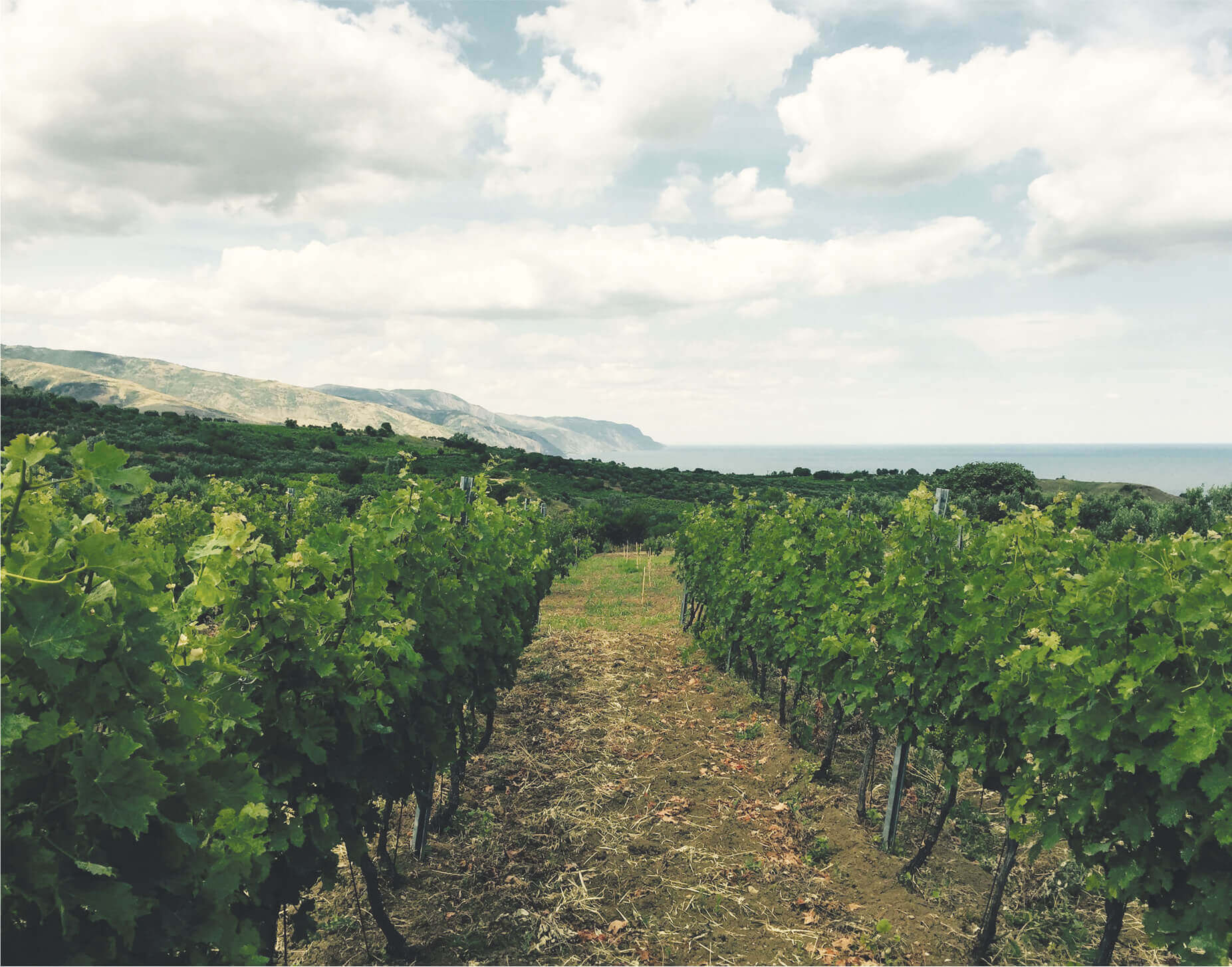 There is no other country more deserving of a fine wine culture than Turkey. Food traditions in Istanbul were cultivated and refined during the 15th century. The palace cuisine in the Ottoman Empire included meals and flavors of grilled meats like lamb kebap or köfte with onion garnish and sumac. Accompaniments of dried fruits, nuts, parsley, thyme, dill and yogurt refreshments were served in the afternoon. Later came grilled tomatoes and long peppers: the gems of iskender and döner kebap, which imparted a juicy but tart acidity from ripening all day in the Mediterranean sun. These ingredients and flavors are still predominant today and inform

the daily cuisine of any Turkish home. There is just one element often missing in this lofty food culture: wine. Thankfully, that has been changing for some time….

Winemaking traditions have been in the midst of active revival for three generations in modern Turkey. Credit for initiating this renaissance (and for many other progressive developments) is properly accorded to one man: Mustafa Kemal Atatürk. His visionary approach led Turkey to establish a new democratic government in 1923: the Republic of Turkey. The freedoms entailed in the establishment of modern Turkey opened many gates to creative ideas and new development.

The first wineries to take advantage of this freedom are still operating today, utilizing some of the country’s oldest vines: Doluca (est. 1926) and Kavaklıdere (1929). Both houses have proudly protected the native varieties of Turkey, of which there are more than 1200 grape varieties (800 being distinct genetically). Kavaklıdere began a nursery in the Aegean for clones and grafting which has helped new, small producers emerge in other regions. This community of quality-conscious growers has introduced many innovative wines and styles based on native and international varieties. Modern technology and the best French, Italian, and American consultants have been enlisted in a broad effort to showcase the contemporary potential of an ancient terroir.

Although Turkey’s deep cultural history certainly places it in the category of “Old World” countries, its winemaking community also shows distinctly New World verve and excitement. An experimental drive related to this is further enhanced by freedom from constraints experienced elsewhere around the world, namely, rigid wine laws tied to geographically delimited regions. Across an expanse that is roughly the size of a wider Texas, with a diverse set of climates ranging from the moderate Aegean to harsh continental conditions further inland, Turkey has the potential to produce wines in many different styles.

The majority of wine growing takes place in three locations: the Aegean, Marmara and Central Anatolia. The drastic climatic changes and soil variations across these regions allow Turkey to utilize a vast array of grape varieties. Almost any vine can find someplace to thrive within the country. White wines based on Sultaniye (also utilized as a table grape) on the coast of Aegean Izmir, and Emir grown in Cappadocia both tend to be light and fairly neutral—great for pairing with crab dinners and fantastic beach views. In the northern Marmara Region, bordering Bulgaria and Greece, Arcadia Winery has cultivated a niche for crafting elegant Sauvignon Gris in a microclimate where temperatures drop at night—so much so that they are actually able to plant black truffle-producing trees.

When located further inland in Central Anatolia, near the capital, Ankara, vines will experience even greater shifts in diurnal temperatures and seasonal swings. Vineyards planted there produce light, terroir-driven wines from Kalecik Karası and Narince. Further southeast of Ankara, are the homes of two heartier red grape varieties: Öküzgözü, originating in Elazığ, and Boğazkere, originating in Diyarbakır. Most Turkish wineries produce a blend of the two grapes in what is consid- ered a classic style. In the Kurdish-occupied, southeast Elazığ region, harsh climatic conditions are hardly the most pressing challenge. Nevertheless, growers persist with production, eager to show the world the distinctive wines that can arise from the interplay of their ancient soils and indigenous grape varieties.

The most desirable and serious wines in all of Turkey are crafted from the red varieties Öküzgözü, Boğazkere, and Kalecik Karası. Wines made from these share aromas and flavors that recall notes found in reds from the southern Rhône: dried figs, dates, candied orange peel, rose water, cinnamon—like an array of Turkish Delight confections liquefied and bottled. Pair these flavors with kebap, köfte, and slow-cooked Güveç (meat and vegetable stew made in clay pot) to elevate any meal to something truly memorable.

The varieties that most enhance grilled meats are the plummy and fleshy Öküzgözü or the very tannic and brooding Boğazkere. When blended together, many producers find a more harmonious and subtle style that is readily drinkable, yet still structured. Wineries Büyülübağ, Doluca “DMC,” and Sevilen have become experts in this art of blending. Only a few dare push the limits of the Boğazkere grape: Kavaklıdere’s “Prestige” line features an unblended expression based on winemaking skill that is especially impressive in light of the forbiddingly tannic nature of this variety. Their Boğazkere “Prestige” 2010 has decades of firmly structured life ahead of it due to biting tannins that would put even Nebbiolo to shame. If this seems like hyperbole, consider that Boğazkere would be expressed in English as, “throat scratcher.” Ouch.

As cooperation has deepened and expertise has spread across Turkey’s winemaking community during the past thirty years, the potential for making age-worthy wines has increased significantly. Until recently, Turkish wines were mostly made for immediate drinking rather than for cellaring. In addition to Öküzgözü, Boğazkere, and blends made from the two, another variety with great ageing potential is the red Kalecik Karası. This variety derives its name from Kalecik, a small village in Cappadocia. “Black from the small castle” is its full name, drawn from a modest castle topped with a statue of Atatürkthat that overlooks the village. The surrounding land is hilly but very open—aside from flocks of sheep and a few vines scattered here and there.

Kalecik Karası is planted at slightly higher elevations just up from the longest river in Turkey, Kızılırmak. This river provides a warming microclimate for successfully ripening Kalecik Karası, which poses difficulties for growers reminiscent of those associated with Pinot Noir. It is also akin to Pinot in being aromatic, thin-skinned, freshly acidic and moderately tannic. K.K. (as it is sometimes nicknamed) can show complex fragrances of ripe red berries, leather, hibiscus tea, sarsaparilla and walnut. Vinkara Wines expertly fashions Kalecik Karası for consumers with varying preferences in different bottlings that either eschew oak or utilize it with more or less prominence. Specialties in the nearby village of Kalecik are cheese from the local dairy as well as delicious walnut bread.

The white wine counterpart to Kalecik Karası is Narince. Narince also grows in Central Anatolia in the regions of Tokat and Cappadocia. Narince translates as, “delicately,” which accurately conveys its light aromas of yellow orchard fruit, green plum, citrus, fresh herbs, apple blossom, and wet stones. This is a grape that expresses locality-based nuances very well. Narince is prized not only by winemakers for its terroir-specific characteristics, but also by farmers who love the qualities of the broad grape leaves, which are utilized for the traditional snack dolma, or, stuffed grape leaves.

Unfortunately, the vinous and culinary uses for these leaves are at cross-purposes. As one can imagine, a grape in continental Turkey without the shade of its leaves would certainly be destined for fine raisin production rather than wine. To resolve this dilemma, vintners pay the farmers not to pick the leaves, allowing the grapes to go through their natural veraison process and carry through to full ripening without suffering sunburn. The fight to protect the leaves and produce quality Narince is definitely worth the headaches and cost involved in the process. Wines produced from Kavaklıdere’s Côtes d’Avanos estate fruit can mimic the warmth, richness, and tropical aromas of the most stylish California Chardonnays. Kavaklıdere and Vinkara are standout producers in achieving freshness and overall quality with Narince, and general proximity to the vineyard sites seems to be a significant factor in the success that both wineries achieve with this variety. Sevilen Winery in Izmir is another producer to watch, making a style of Narince that is crystalline and pure, recalling some of the famous virtues of fine Chablis.

Yapıncak is another white variety that makes wines suitable as a substitute for Turkey’s classic, raki-balik dinner. Produced in much smaller quantities, Yapıncak is grown in the West, in the Marmara region of Thrace. Pasaeli Winery is credited with reviving this noble, ancient variety. Their bottling of Yapıncak is adorned with a picture of a nearly extinct Blue Fish from the Black Sea. Both the label and the delicious contents of the bottle offer a cautionary reminder to preserve the long-cherished wines and foods of the Thracian region

Some common characteristics of the Yapıncak variety are notes of ripe yellow fruits such as lemon and yellow plum, along with suggestions of white peach. The grape has a spicy, floral quality recalling linden pollen and daffodil. It also has a light-bodied but textured character, with a mouth-feel that can be reminiscent of waxy honeycomb. Suvla is the only producer other than Pasaeli for this particular, highly distinctive grape. Their version is aged in neutral oak, with the objec-

tive of enhancing ageing potential and maximizing the textural characteristics of the variety.

Of course, Turkish wines will never supersede the Turkish traditions of raki-balik dinners, but for a culinary culture that welcomes variety and abundance by including twenty or more small plates in a single meal, there is surely a role for a good bottle of wine. Given the diversity of styles that Turkey has to offer, the wines can also complement the cuisines of many other nations. With that noted, however, the wines truly seem to be in their element when enjoyed in Istanbul, in a restaurant on the Bosphorus by the calm waters of the Golden Horn.

Through enjoyment of wine, we are able to preserve a free and serene moment in time for Turkey. When calls for prayer begin after the setting of the sun, one can be lifted from one’s seat by the smell of charcoal and caramelized meat that yields pillows of rich smoke. From the park, the smoke rolls over the adjacent waters and hangs fog-like above the surface.

The passion and need for wine is strong here—and the desire is not just for wine, butalso for recognitionof a new wine culture to connect modern Turkey to its ancient past.