Vineyard with Maui and Lanai in the Background 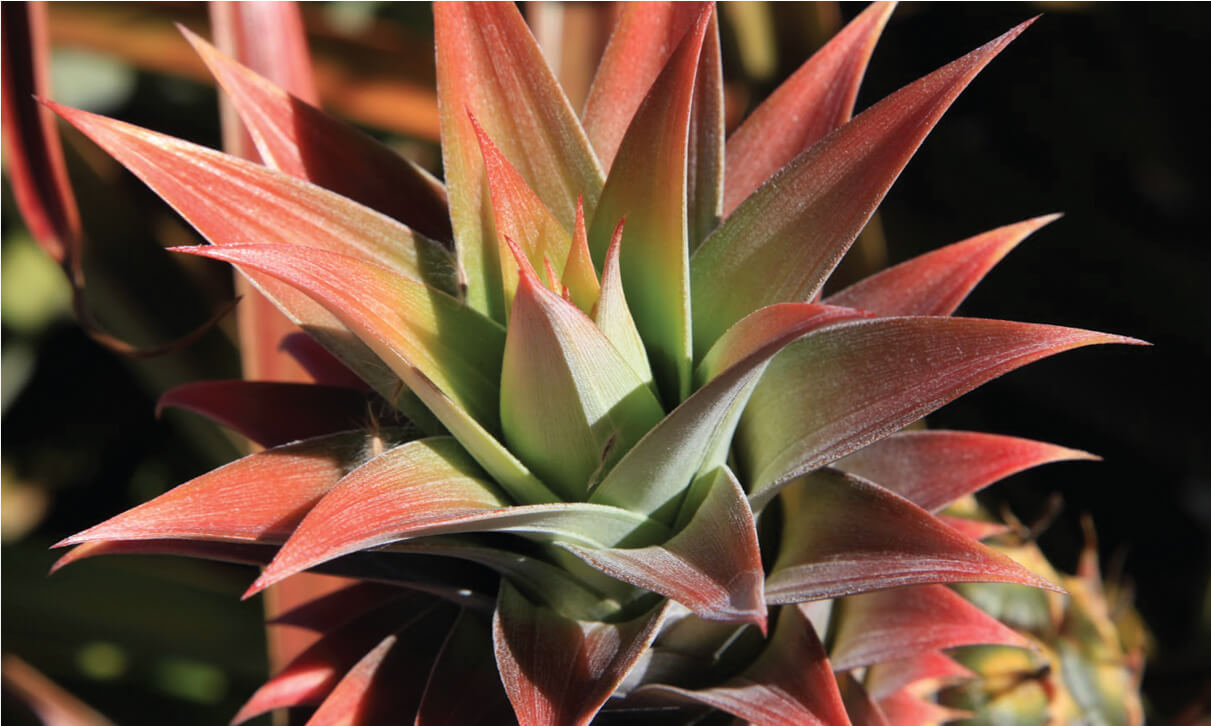 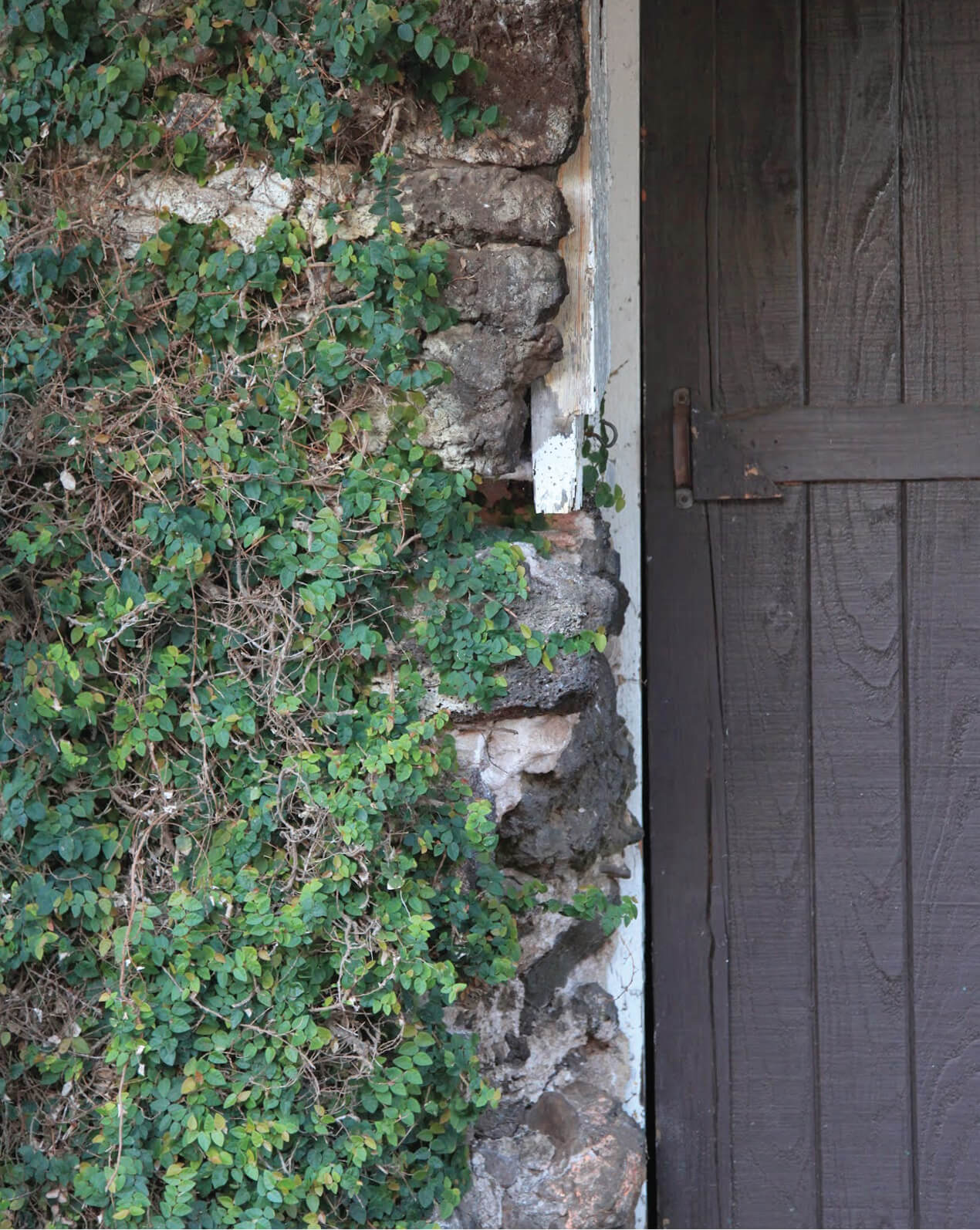 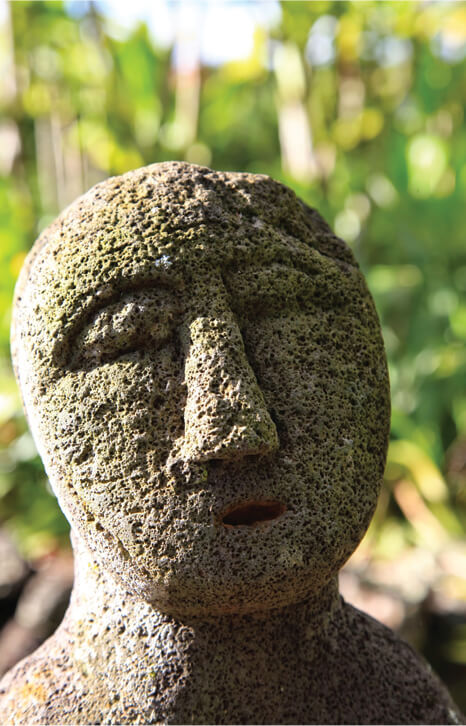 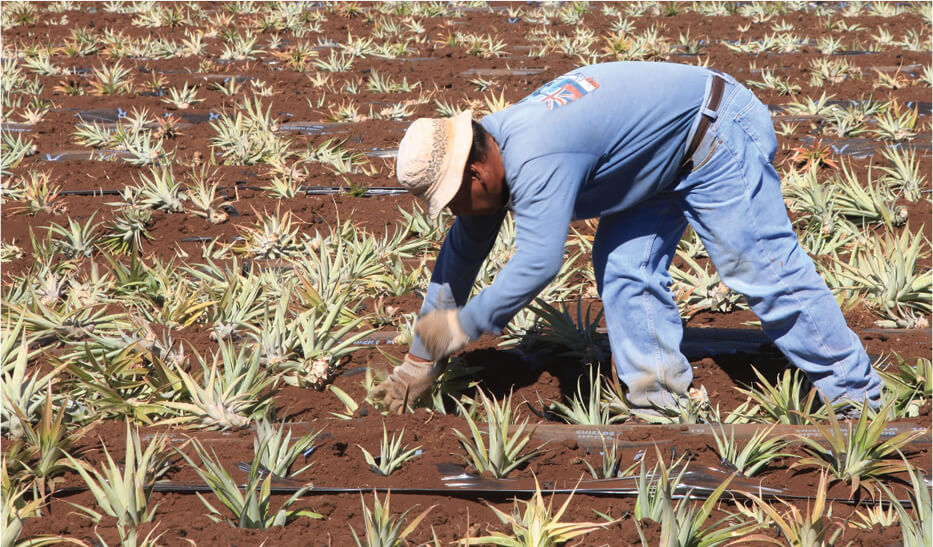 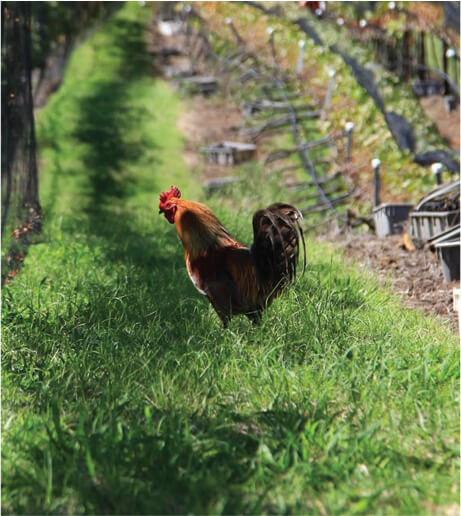 (or an 80 proof orange liqueur)

Shake ingredients and strain into a rocks glass. Add ice and top with pineapple sparkling wine. Then, roll the drink between the shaker and the glass once or twice.

“You HAVE to taste these!” insisted an incredulous, fellow Master of Wine. This happened late in the afternoon on the second day of tasting at the TEXSOM International Wine Awards, and my panel was one of three panels still grinding away after everyone else had finished. It had been a long day, and if I had been inclined to taste anything, it would have been a beer rather than another wine.

My friend hurried over with three glasses of…pineapple wines. At the time, I only knew them by reference to residual sugar and style (sparkling, semi-sweet and sweet.) Later, I learned they are Hawaii-made from fruit grown north of the dormant Kaleakala Volcano.

MauiWines produces 20,000 cases of pineapple wine per year. Formerly known as Tedeschi, the winery also makes estate-grown vinifera wines including Chenin Blanc, Viognier and Syrah. While Joe Hegele, Director of Marketing and Sales, says that Syrah is the winery’s flagship offering, two-thirds of the cellar’s production is pineapple wine. These are released under three labels: Maui Blanc, Maui Splash and Hula O’Maui Sparkling.

When the results from the Awards were revealed and I saw the Hula O’Maui won a Gold Medal, I flashed back to visiting the winery nine years ago. I clearly recalled standing in the winery’s tasting room, which was once the guest cottage of King Kalākaua, the “Merrie Monarch” and last king of Hawaii. I also remember being awe-struck that some audacious folks were working with vinifera fruit in that tropical paradise. I tried the pineapple wines, too—but alas, I can’t recall what I thought of them.

Apparently, plenty of people are aware of the pineapple wines, as 500 visitors turn-up daily for this highly unique tasting experience. Most aren’t even regular wine drinkers; they just want to see another side of Maui.

How did this winery’s owners hatch the idea of pineapple wine, much less pineapple fizz? Regarding the latter, they love bubbly. Second, most Maui visitors are celebrating something, so sparkling wine fits perfectly. Wanting to make only the best possible bubbly to exemplify their island’s spirit, they decided to produce the wine using the traditional method, which is certainly a gutsy choice when using an aromatic fruit to make a sparkling wine.

Clearly, MauiWines needed pineapples for starters, and found a partner in the Hali’imaile Pineapple Company on Maui’s north side.

The Hali’imaile pineapple plants are grown in plots of fertile, dark red, deep volcanic valley soil on Maui’s north shore. The north shore is impressively windy, and winds affect pineap- ple plants in ways akin to their effects on grape vines. When plants touch one another, they create a micro-environment that can detract from their optimal production, requiring an agricultural approach rather like canopy management for grape vines.

Unlike grape vines, however, older isn’t better where pineap- ple plants are concerned. In fact, after three harvests, pineap- ple plants are tilled under and new ones are planted. Each crop requires a 21-month cycle, so pineapple plants have about a six-year life span. Sometimes a few more pineapples come out in a shorter, 12- to 18-month period, as when tipped vines produce fruit on laterals.

Regardless of this short production period, each plot among the 800 acres planted has its own character, and winemaker Bret Miller looks for different characteristics for each wine. Miller notes that, “Hula is the diamond in the rough. You need a lot of fruit that is clean all the way through. It has to be in perfect condition to give the wine subtle flavors. We only get that kind of fruit every few months.”

Entirely unlike grapes, pineapples are harvested monthly, to the tune of 72,000-80,000 pounds. From that total, roughly 4,000-5,500 gallons of juice are derived, a yield approximate to what Miller gets from Chenin Blanc. He calls his pineapple fruit, “Red-headed step-children” because they are smaller than typical grocery store pineapples.

Pineapples are deliberately picked under-ripe, just like grapes destined for sparkling as opposed to still wines. Since pineapple fruit is lower in acidity than grapes, achieving overall balance is tricky. Helpfully, what predominates in pineapples is citric acid, rather than lighter malic or tartaric acid, and balance can often be achieved without any adjustment during processing.

A proprietary machine with three blades and a crusher chops up the pineapples, which are sliced into eight pieces. The crowns are recycled for replanting, and the waste is fed to cattle. Hegele calls it, “Cow candy.”

Like many grape-based wineries, MauiWines uses a five-ton bladder press. The juice is popped with sulphur and chilled immediately to preserve color and aroma. Miller uses enzymes to settle the wines (pineapples’ starchy, sugary gums—galactomannans—can produce a syrupy substance), and once that’s been accomplished, he filters. Experience has proved that pineapple esters are so pungent they always return after filtration, so he’s never concerned about aromatics. Afterward, Miller innoculates with Saccharomyces bayanus to kick-off the fermentation. Natural yeasts would struggle in the cold temperatures at which he ferments, specifically, 11-12° C / 52-54° F.

The cellar processes about 60,000 bottles between its two sparkling wines. That’s a lot for a small winery, especially one that riddles weekly. Gyropalettes? No way…riddling is performed entirely by hand, the way Hegele learned to do it as a kid.

Was learning pineapple winemaking difficult?  Miller acknowledges that pineapples contribute some quirks to the process, but also observes that their chemical attributes aren’t much different in practical terms than those of grapes. He seems genuinely delighted to be making what he regards as, “…probably the most unique wine in the world because it is not only incredibly fresh but it is also made by the traditional method.”

Having made pineapple wine for more than 30 years, the winery certainly has seen vintage variation. They don’t develop for decades like the greatest grape-based wines, so big vertical tastings aren’t possible, but it is clear nevertheless that the fruit character of these wines can differ strikingly between harvests.

Since pineapple plants are only harvested every 21 months, it is the last five months of the growing season that count most. Heavy rains during that span can dilute the fruit and result in sugars at meager levels such as 11.5 Brix. Although chaptalizing is always performed (because pineapple only produces 7-8% potential alcohol naturally), some harvest lots need more cane sugar than others.

The property’s three wines allow for a diverse set of uses. Hegele says the “Blanc” is a food-friendly wine, as its residual sugar is only 12-14 grams per liter. He calls it their “bridge” to entice dry wine drinkers to try the pineapple wines. He’s particularly enthusiastic about pairings with sweet-sour Thai dishes.

On the other hand, the residual sugar on the “Splash” is pumped up to 33-35 g/L. It works well with vodka, gin…and even Sprite! In my view, everyone should use it as they wish and just kick it back. It they can find it, that is, as Splash has something of a cult following.

The “Hula O’Maui” sits closer to the Blanc in sweetness terms. It’s a fine solo sipper. To that end, it was served at Ronald Reagan’s inauguration in 1981. Andrew Stover, who now distrib- utes these wines, used to air-ship two cases at a time to serve with maki rolls when he was a sommelier at OYA Restaurant in Washington, D. C. It’s also a fun cocktail component, jazzing up mimosas and sparkling up Mai Tais. Try it with the inspired creations in the sidebar, then let your creativity fly!