The Pilsner has been making a comeback for at least the last five years. American brewers are reclaiming the style from the grasp of the mega brewers while consumers look for local craft beers that are crisp with balanced hops. The love for American IPA’s is far from waning, but the craving for this traditional crisp, hoppy lager is thankfully on the upswing! 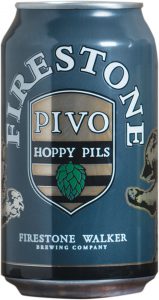 The best of both worlds with a classic German/Czech-styled backbone with some West Coast dry hopping flare.

A perfect example of the Texas/ German brewing connection. German Tettnang hops and German malt create one of the best beers made in Texas.

In true Dogfish Head form this beer is “extreme” with an old world/new world mash up of Saaz, Warrior and Simcoe hops.

A traditional producer creating an earthy, malty, spicy beer with the bright snap of citrus and green grass.

A favorite beloved by many, Victory is one of the “original gangsters” of American Craft versions of classic German styles.