Jessica Dupuy
Ounce for ounce, the hummingbird is one of the toughest creatures in the animal kingdom, mastering productivity at the edge of what is possible for its kind. Its pea-sized heart beats 500 times per minute. Its wings flap more than 50 times per second. With a flash and a flutter, from wingtip to tail feather, it is only vaguely visible as it darts from one destination to the next. It’s little wonder hummingbirds have garnered such affection for their delightful vigor and stealthy efficiency. Watching June Rodil do what she does reminds me of the hummingbird.

Rodil has helped open some of the top restaurants in Austin including Uchi, Congress, and Qui. Currently, she helms the fleet of restaurants comprising Austin’s McGuire Moorman Hospitality Group (MMHG), which includes Jeffrey’s, the Josephine House, Clark’s Oyster Bar, Perla’s, Lamberts BBQ and Elizabeth Street Cafe. Her roster of affiliations is undeniably striking, but equally impressive is the skill and timing she shows when starting new ventures without letting existing ones lapse. Each new position added a new set of experiences that have accentuated her business acumen. And if you know Rodil, you know it wasn’t an accident.

With just a year under her belt at MMHG, Rodil has spent much of her time orchestrating a manageable work flow between varied tasks including everything from hiring and training staff, vetting new software and processes for beverage inventory management, weekly visits and monthly staff meetings at each restaurant, and working the floor at Jeffrey’s twice a week.

Moving quickly also requires mastery of delegating. While overseeing the final decision on any wine, beer or spirit purchase at MMHG, she’s given responsibility to a chosen few to prepare those selections for specific restaurants. Her Assistant Beverage Director, Daisy Ryan, keeps a focus on spirits and beer for all locations. At Clark’s, Alex Holder hones a cocktail list to excellence. At Jeffrey’s, she has a sommelier team headed up by Chris McClish and Lauren Holbrook to work the floor expertly at the restaurant when she’s engaged elsewhere.

It’s a wonder that she ever manages to eat or sleep. But what seems like frenetic madness to some is methodically paced for Rodil. Does she eat? Sure. Every Tuesday afternoon, you’ll find her sipping a Vietnamese coffee and nibbling on Veggie Bun with avocado and sticky rice instead of vermicelli at Vietnamese- inspired Elizabeth Street Café following her weekly onsite staff meeting. (She usually sneaks in one or two house-made macarons, or “hamburger cookies,” as she likes to call them.)

Aside from that, it’s more of a grazing routine while making rounds on her grey Yamaha scooter between different restaurant locations. She’s always got a snack pack of nuts, granola bars and a bottle of Acqua Panna stuffed into her ever-present leather backpack, a stylish hand-made gift from her longtime boyfriend, Aaron Goeth.

“He’s the creative one. And handy, too,” says Rodil. “I’m more analytical. We make a good team for cracking the New York Times Sunday crossword puzzle each week.”

She estimates that a quarter of her week is spent utilizing the new management software she’s implemented for maintaining purchase orders and tracking inventory, vendor tracking and inventory for all beverage purchases companywide. It’s a system that helps her stay on top of pricing, revenue and sales for regular profit and loss reports for the company. For Rodil, it’s a lifesaver. More than that, it’s a timesaver. Especially when receiving orders from various suppliers on Fridays at Jeffrey’s.

While she often entrusts the task to one of her sommeliers, it’s not unusual for her to do the receiving herself. Watching her walk into the Jeffrey’s wine cellar on a Friday morning is like watching a drill sergeant inspecting her troops. Although bottles are stuffed into a floor-to-ceiling grid of wooden racks with no labels showing, a quick glance from Rodil immediately determines which wines are low on inventory and which should be ordered for delivery. Of course, there’s a trusty printout sheet with quantities and pricing for her to reference, but her sharp eye usually spots any shortage just by scanning bottle capsules.

“I don’t have time to figure this stuff out while orders are coming in. I already know when we’re dealing with different pricing on certain wines or when certain allocations are coming in,“ says Rodil. “This is when I really rely on my suppliers to have their act together.”

When asked about handling inventory and receiving deliveries herself, Rodil remarks, “I don’t care what your title is, you have to be methodical about this work at every level. There’s no excuse for not being an inventory person when your job is about the bottom line. You have to make sure you have the right wine at the price you negotiated.”

To help with managing a diverse list of inventories for the different restaurants, she has devised a streamlined system for tasting with sales representatives.

“At first each restaurant had a different rep from all of the major distributing companies. I’d have three different reps from the same company. It was ridiculous,” says Rodil. “Now we’ve got one rep per company and I’ve asked them to work on showing me things that fit each restaurant based on what makes sense for that particular list. They tell me about producers who are coming in and I pick and choose the appointments that make the most sense.”

But rather than seeing the entire appointment process as yet another strain on her time, Rodil sees it as a set of opportunities essential to her role, provided that she researches the usefulness of all meetings in advance.

“I think the biggest thing I can do is say ‘yes’ to as many suppliers as I can,” says Rodil. “But I study in advance. I find out about the wines, the production quantities and the prices. I strive to check on everything that’s important to making a final decision before I even taste a wine. I try to consider wines for each of the restaurants we have before I even set a meeting. Honestly, it’s keeping my eye on each of these different identities that keeps me from being bored.”

In Rodil’s world, there’s little time for being bored. Ever enterprising, she has leveraged her mutuality of interests with wine producers to create weekly educational opportunities for her staff. Each Tuesday, staff training includes a tasting with a pre-determined producer along with background information on the grape varieties and viticultural regions from which the wines were sourced.

Staff training for Rodil is an extension of something that means a lot to her: giving back. Aside from her day job, Rodil has reserved time and energy for a few annual volunteer functions such as TEXSOM, the TEXSOM International Wine Awards, and the Pebble Beach Food and Wine Festival. Each of these enterprises requiress a different array of skill sets from her, but all of them rely on her efficiency and ability to organize and delegate.

Investing a stretch of days for each of these events is only part of her commitment to contributing to broader endeavors. Early on, she learned the importance of mentoring. She credits fellow Texas sommeliers Drew Hendricks MS, James Tidwell MS, Craig Collins MS, Devon Broglie MS, and Mark Sayre for ushering her to where she is today in her career. In return, she has dedicated time to mentoring friends and colleagues who are developing careers in beverage service. Much of this involves one-on-one study and tasting sessions for those preparing for certifications through the Court of Master Sommeliers as well as other professional wine and spirits organizations. These sessions have sometimes included almost daily Skype chats with fellow sommeliers across the country, including Jill Zimorski in Aspen, Jordan Salcito in New York, Josh Orr in San Diego, and fellow Texans David Keck in Houston and Nathan Prater in Austin.

But mentoring for those looking to gain a certification is really just part of what Rodil wants to impart to colleagues. A shiny professional pin certainly adds to one’s esteem, but it’s nothing if you can’t do your job well in its entirety.

“I want to teach people how to maintain a job,” says Rodil. “I tell aspirants all the time that to make it in this industry, you need to be on the floor, have good mentors, ask a lot of questions, travel and get experience. But you also have to be patient. And if you’re just focusing on the Court, it’s not enough. You’re not just hired for your knowledge of wine as a sommelier—whether you’re starting on the floor, or managing a whole program—you’re supposed to make money for your employers. You need to know how to be a good buyer for your restaurant and how to move what you buy. It’s business.”

Rodil is so intent on training future beverage directors, she’s joined fellow sommeliers James Tidwell and David Keck in offering three courses across Texas each year teaching specifically about the business of being a sommelier.

In May, Rodil earned her Master Sommelier diploma. The distinction made her one of 147 in the Americas chapter, 124 of whom are men, 23 of whom are women. While the gravity of the achievement has flooded her with excitement, honor and gratitude, it doesn’t change anything about her daily activities.

“I think the first night I returned home after the exam, I was in by 9:30 and I didn’t have anything to do,” says Rodil—who then instinctively flipped open her laptop to go through study material. “It was crazy. I had to make myself shut it off and go watch something on TV. But I can’t shake the feeling that there’s just not time for that, either. Now, I have to use that time to invest more in everything else I do.”

Most days start shortly after 8 a.m. with a coffee and a session of e-mail correspondence at home before her characteristic flurry of activity sweeps her off from one task and location to the next.

While her MS pin has released her from studying with colleagues as before, she still intends to do all she can to foster their education. She also hopes to enter the other side of the examination process through the Court.

But in the meantime, for Rodil, it’s work as usual, at her highly unusual pace. 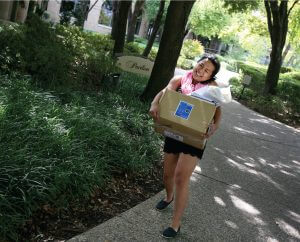 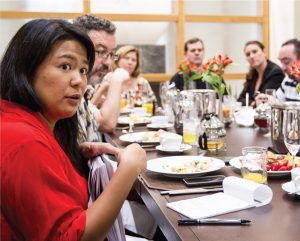 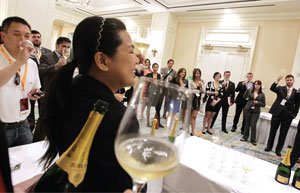