Cabernet Franc: A World of Versatility

Wine drinkers owe a big thanks to Cabernet Franc. Not only is it impressively versatile in style, it is easily transplanted to vineyards around the world. Moreover, this generously productive variety has not simply cranked out its own grapes. It has bred actively…more like a stallion than a mare. Cabernet Franc worked its mojo with Sauvignon Blanc to create Cabernet Sauvignon and with Magdeleine Noire de Charentes to produce Merlot. Separate or alone, this triumvirate of black grapes—operating solo or in collaboration – captivates the palates and imaginations of drinkers the world over.

However, Cabernet Franc is rarely heralded as a varietal wine, so the time has come to rectify this injustice.

Cabernet Franc needs some help to elevate its status. After all, this grand, red grape variety predominates in one of the world’s most expensive wines, yet there’s no mention of grape variety on Cheval Blanc’s label.

The Italians don’t help either. “Cabernet” is often found on labels from Friuli, where Cabernet Franc is effectively indigenous on account of having been cultivated there for centuries. But if a Friulian producer merely labels a wine as “Cabernet” and ships it anywhere (even within Italy), consumers are very likely to assume that the bottle contains Cabernet Sauvignon.

Despite these oversights and indignities, Cabernet Franc is gradually emerging from the shadows, particularly in the New World. Plantings there are on the rise. While this noble variety remains primarily a team player in Bordeaux-style blends, varietally designated versions are increasingly common along with bottlings in which Cab Franc is the main component.

The USA leads the New World planted acreage by far, and pricier bottles are the norm. However, Cabernet Franc’s strengths aren’t going unnoticed in regions that can produce less expensive bottlings. Among other places, it is gaining traction in China, and it is also rising in unexpected outposts like Brazil.

There are good reasons for experimenting with varietal (or near-varietal) Cabernet Franc in a range of different locations. Its lighter styles from cooler climates can rival the versatility and finesse of Pinot Noir while its richer genres can mimic the breadth and depth of Cabernet Sauvignon. Unoaked, lower alcohol renditions take well to a light chill and are generally gluggable as soon as they hit the retail shelf. By contrast, weightier, barrel-aged versions can – and usually do – benefit from cellaring for several years.

Cabernet Franc’s tendency to produce an abundance of clusters can result in delayed or incomplete ripeness, making it prone to poor color and a lack of well developed fruit flavors. However, most New World climates are warmer than the variety’s Old World homelands, greatly reducing the risk of

By contrast, when cooler climates or lesser vintages rule, Cabernet Franc’s intense aromas don’t always appeal. Its most undesirable trait tends to be a green bell pepper, pyrazine-driven note. This can also surface in warm-ish growing regions where vintners concerned about over-ripeness may elect to harvest a bit too early.

Hard tannins can be magnified by the variety’s usually perky acidity, which resembles that of Cabernet Sauvignon. However, über-ripe versions tend to have lazy acidity more akin to Merlot.

In cooler climates, Cabernet Franc produces lively, these shortcomings as long yields are held to reasonable levels. moderate alcohol wines. However, in warmer climates, it can make chunky wines clocking-in over 14.5%. Below 13.5%, Cabernet Franc shows its unique identity. Over that threshold, it melds into expressions more reminiscent of its offspring. 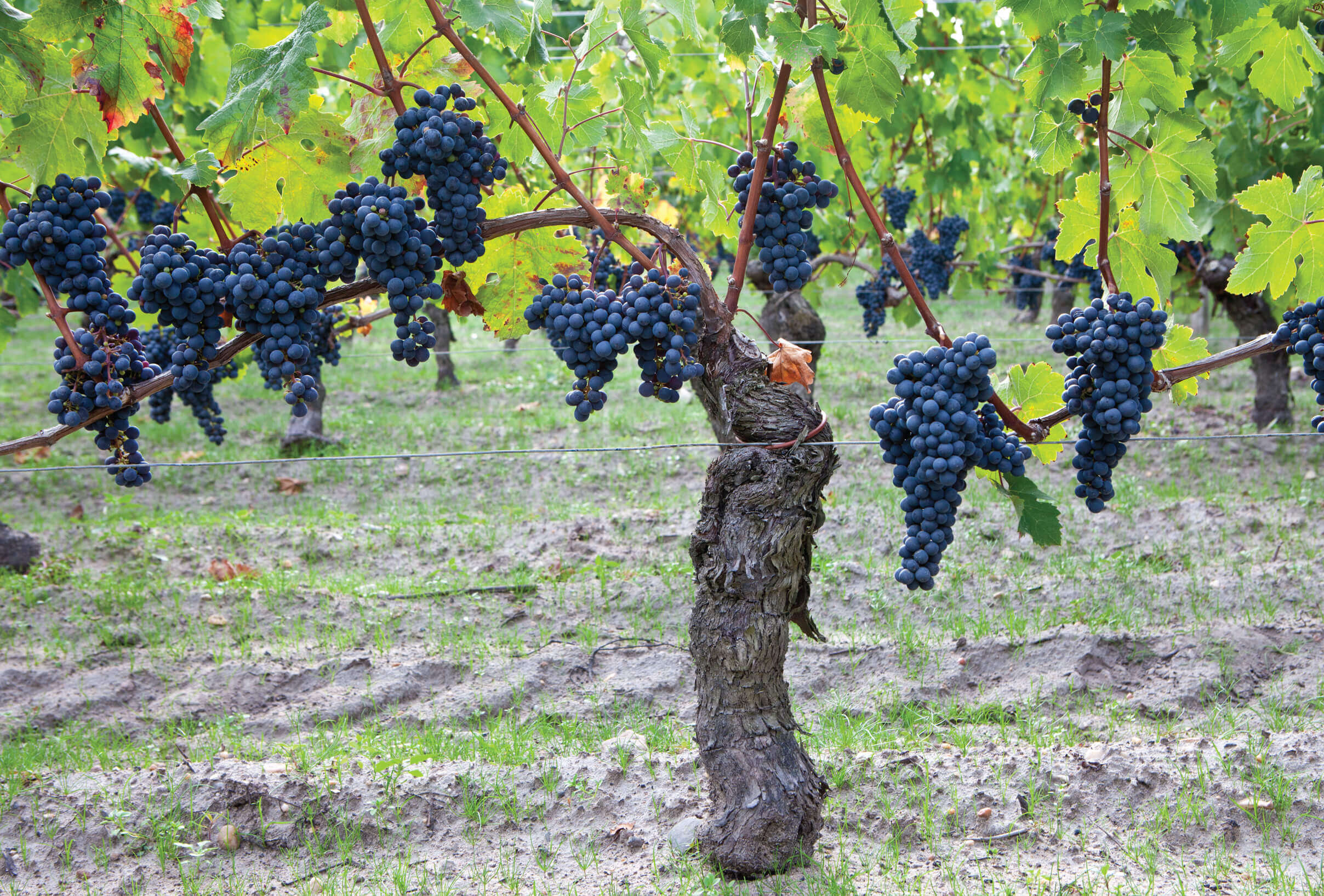 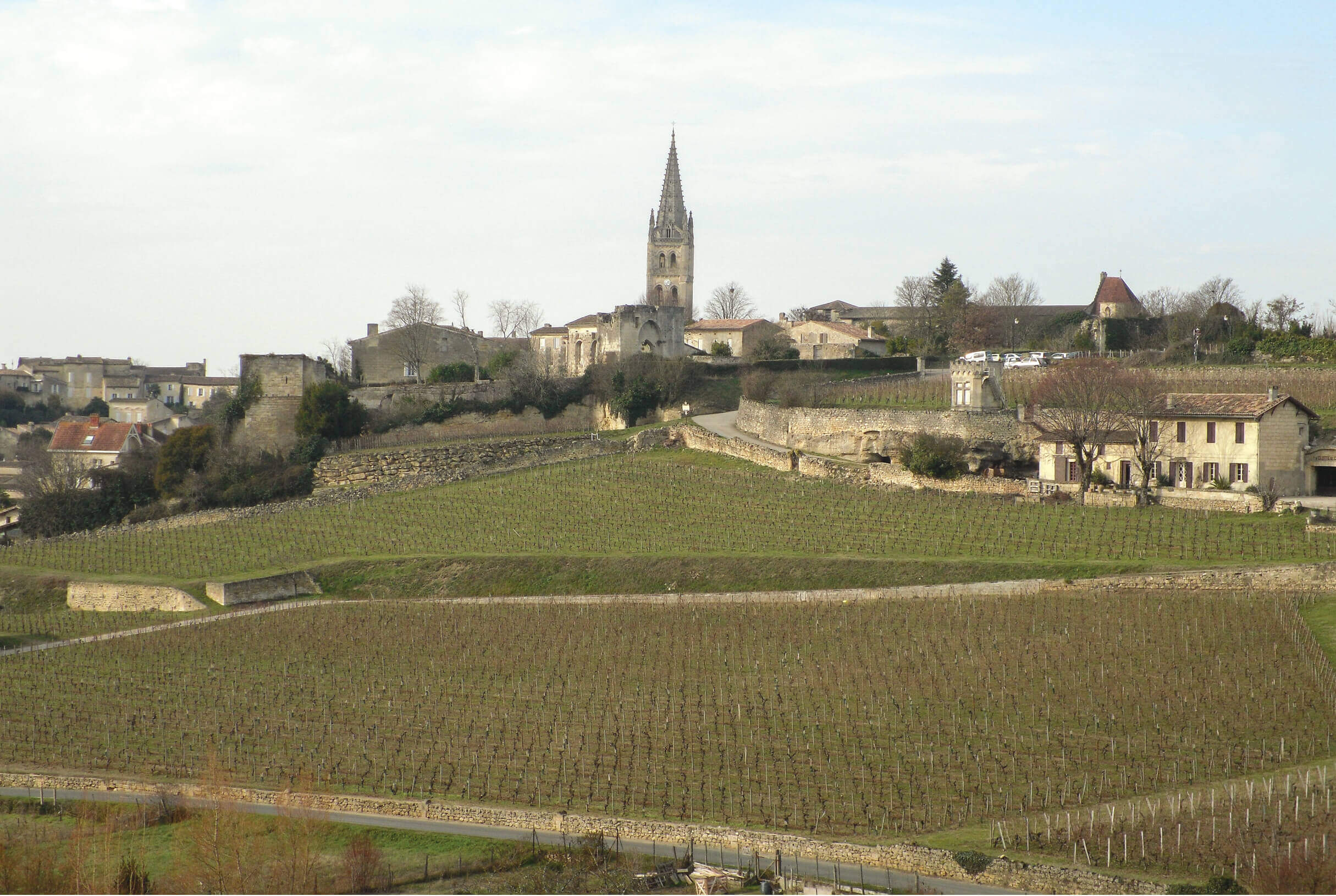 Tired of serving the predictable Pinot Noir for the table split between fish and steak entrées? Tired of seeing too many bottles of your perfectly priced $93 Cabernet Sauvignon on too many tables during the same service? Consider some diversity via Cabernet Franc. In addition to TIWA awards winners, these are suggestions in all sorts of styles from around the globe.

Merlot and Cabernet Sauvignon bear many resem- blances to their parent, Cabernet Franc. Here’s a run-down on some family traits.

Between Cabernets Franc and Sauvignon, the physical differences are quite clear, especially in their clusters. Franc’s are smaller and more compact due to heavier berry set. Also, Franc’s leaves are less dramatically indented than Sauvignon’s.

Cabernet Franc buds early like Merlot. Earlier budding means it may suffer poor fruit set. However, this can actually be a positive trait, helping to thin-out the variety’s naturally generous crop, which in turn helps the vine ripen the fruit fully.

Cabernet Franc grape skins are sturdier than Merlot’s but thinner than Cabernet Sauvignon’s. This gives the variety greater durability than Merlot during a rainy harvest.

Franc ripens between Merlot and the later budding and maturing Sauvignon. This allows winemakers to count on it as “insurance” in case cool temperatures don’t permit Cabernet Sauvignon to fully ripen.

During the growing season, Cabernet Franc is finicky. It needs just enough water and sun, yet not too much. Otherwise, its tart, malic acid remains high while its sugar, color and tannin remain underdeveloped.

In the off-season, Cabernet Franc has a hardier immune system. It is more freeze resistant than both Merlot and Cabernet Sauvignon. New York State Agricultural Experiment Station research shows Caber- net Franc can resist temperatures as low as -16° F., whereas Cabernet Sauvignon gives up at -10 F°.