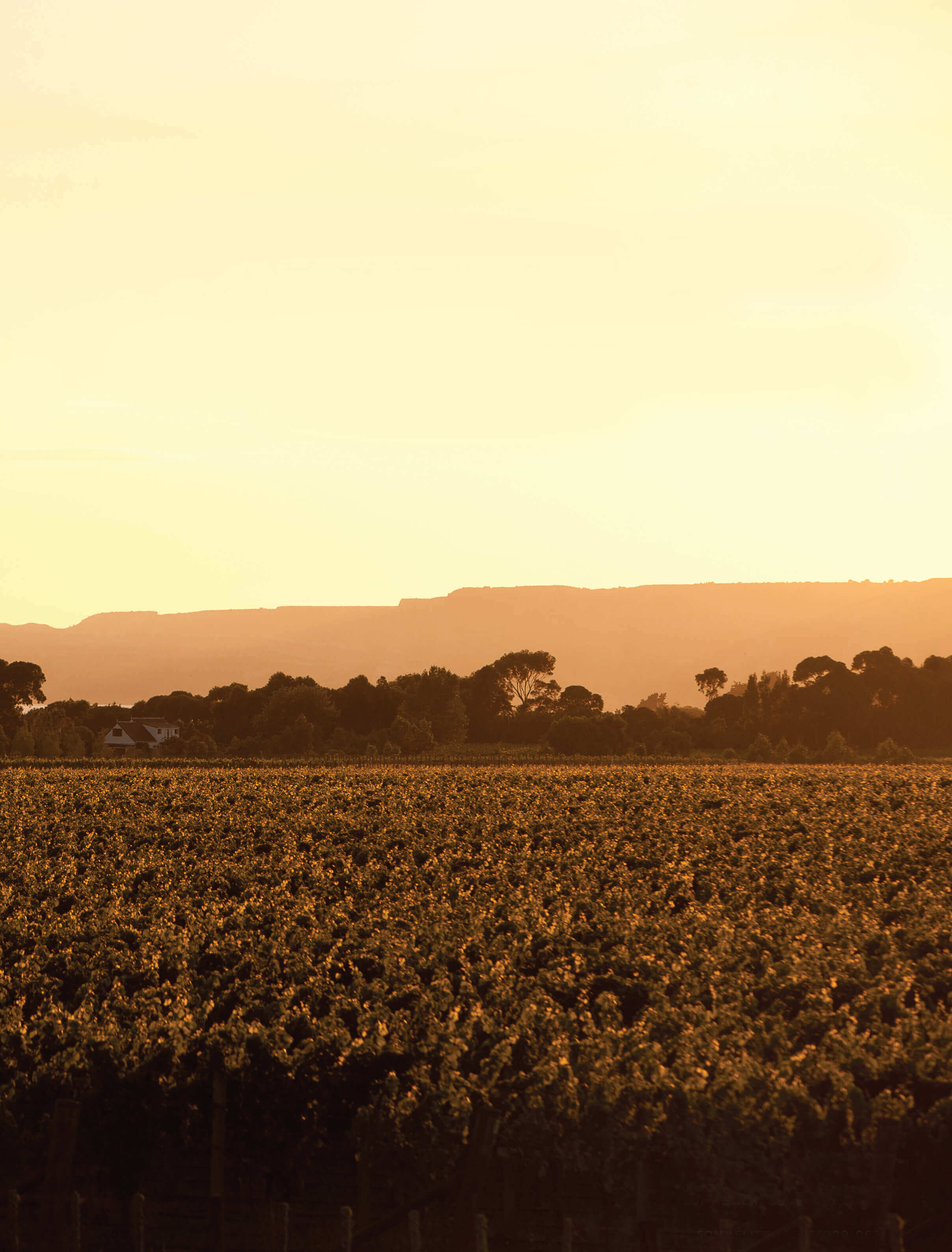 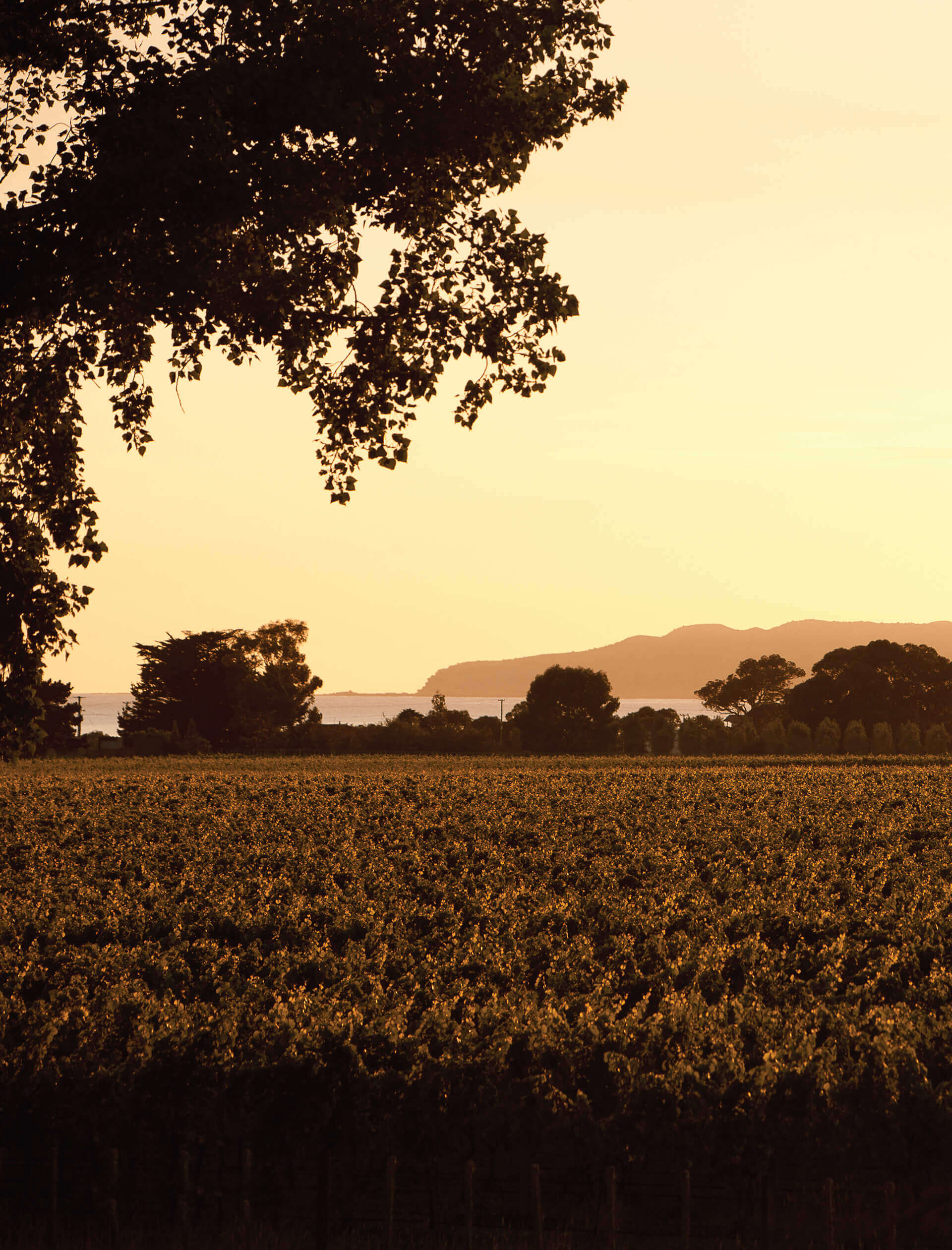 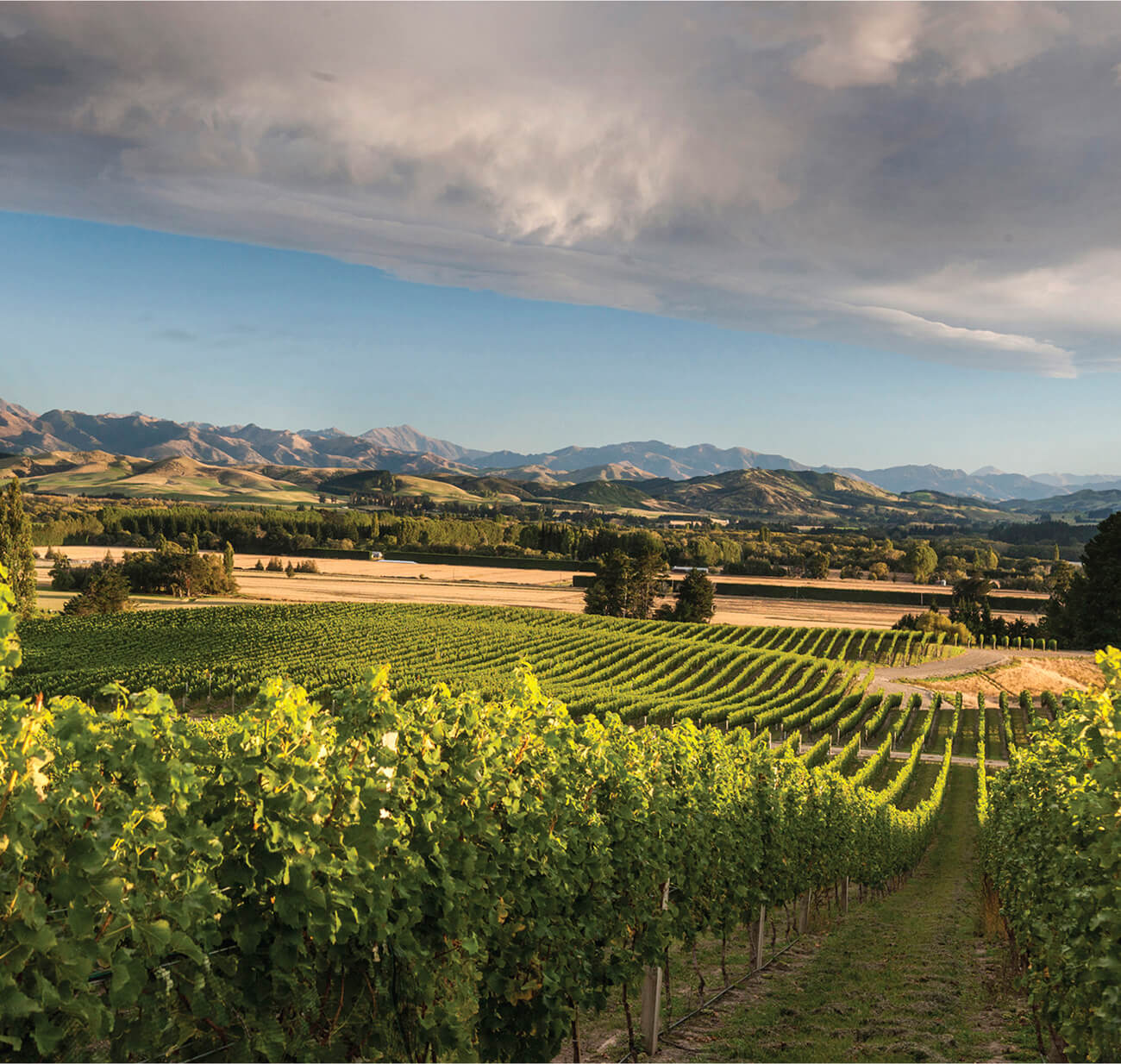 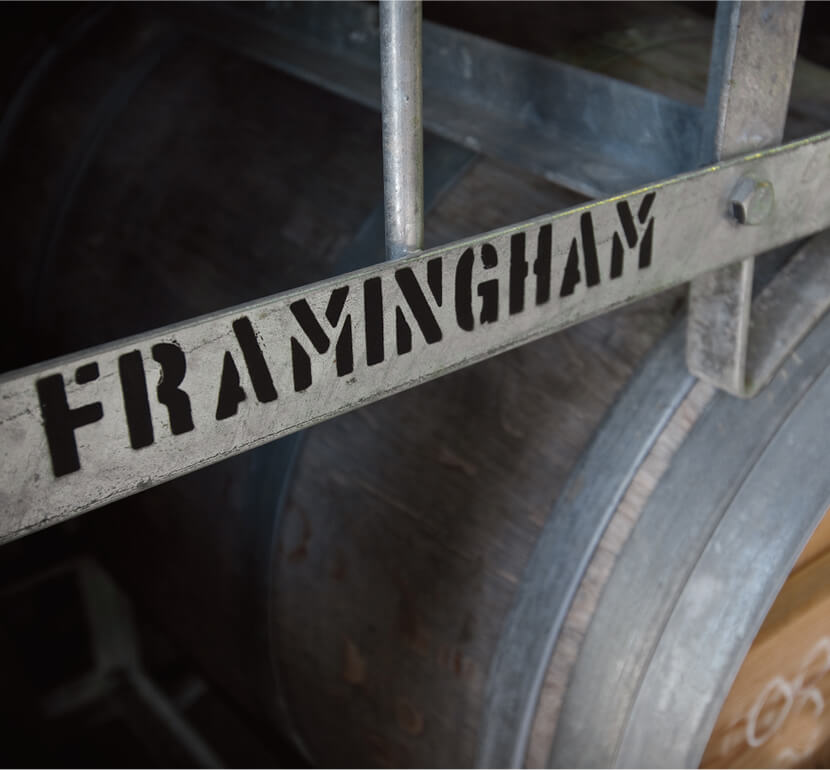 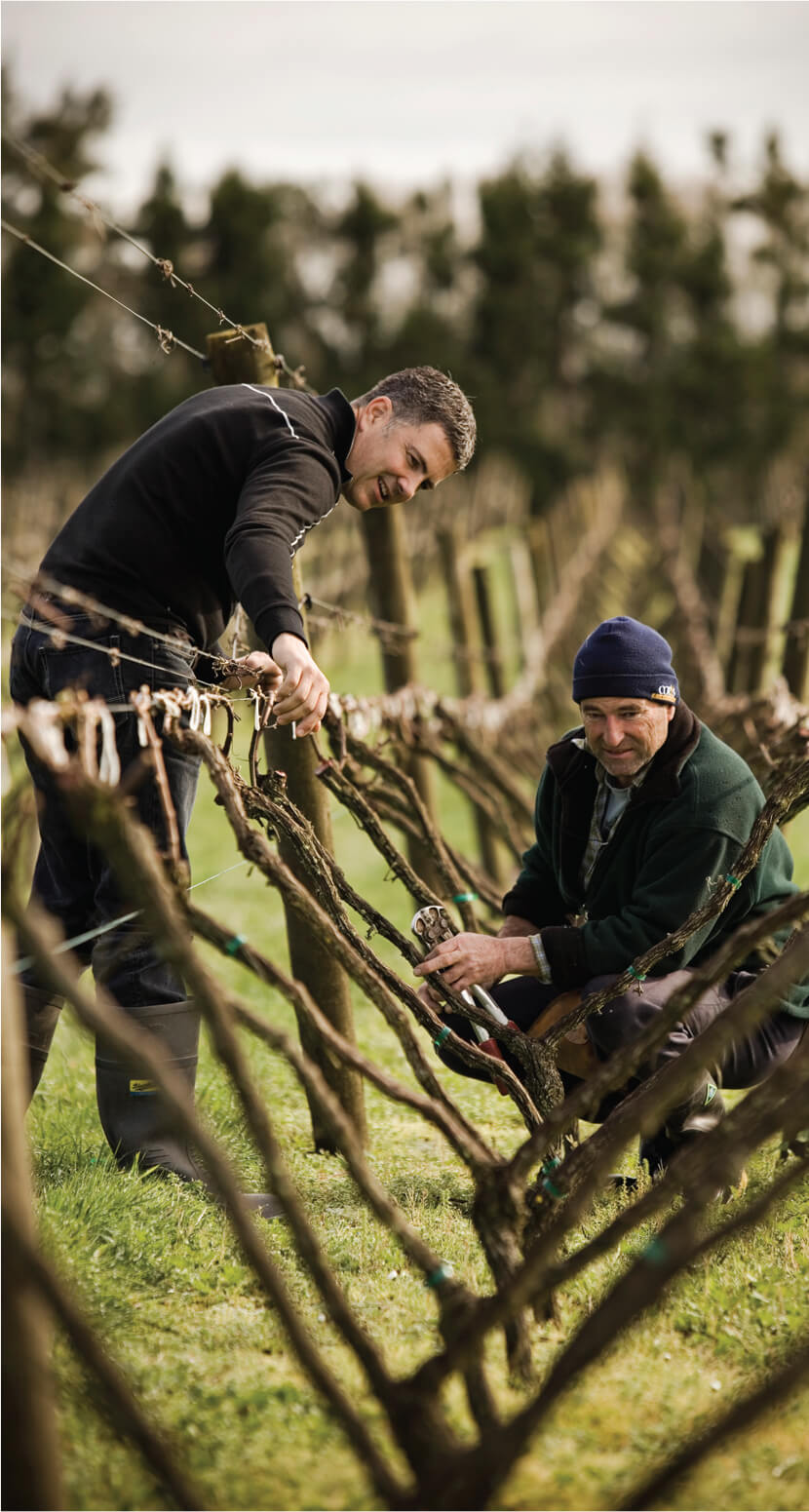 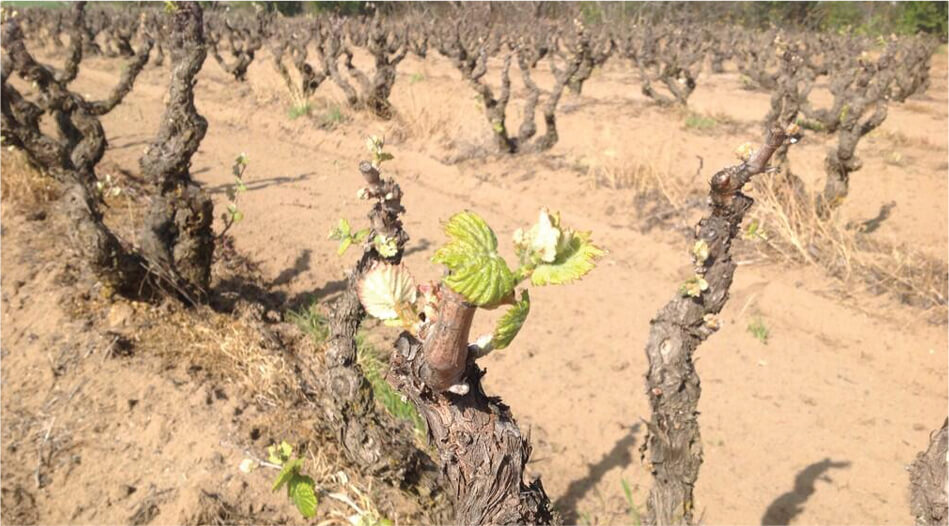 If you keep up with global wine news you know that New Zealand Wine Growers have confirmed a shortage of Sauvignon Blanc, particularly from Marlborough, for 2015. This reduction in supply is coupled with a global increase in demand. According to Impact Databank, New Zealand wine imports into the U.S. alone increased 19.3 percent in 2014 over the previous year. With a decrease in supply and an increase in demand, we can expect prices to increase. In light of these pressures, how are commercial wine buyers and avid consum- ers best advised to maintain access to adequate stocks of New Zealand wine? The answer, in brief, is to look beyond Sauvignon Blanc.

“Sauvignon Blancs are the backbone of our industry,” said Cameron Douglas, MS, 2015 judge at the TEXSOM International Wine Awards, “but they are certainly not our only wines. Most regions in New Zealand produce Pinot Noir, even though the only region getting recognition is Central Otago. We are making headway with sparkling wines, Riesling, Chardonnay and Syrah. Bordeaux blends are developing now that the vines are older. The stage is set to demonstrate that we are producing fine wines at a national level.”

Today, there is a New Zealand wine that can satisfy almost any particular need. The country exports wines made in large quantities at attractive prices, but is also home to a host of boutique, family-owned wineries making high-end wines. If you’re seeking food-friendly wines, New Zealand excels in this category, and if you’re after wines that are sustainable, organic or biodynamic, there are plenty of those, too.

Two of Kumeu Rivers Chardonnays were awarded silver medals at TEXSOM International Wine Awards. According to the judges’ notes, Kumeu Village 2012 was clearly ready to drink: “A mix of fruits in the bouquet with citrus trumping stone fruit; lots of lees texture on the palate with tense, youthful acidity and mild oak notes.” The Estate Chardonnay 2012 was described by judges as having, “Ripe citrus notes of grapefruit and lemon zest with a hint of salinity balanced with great acidity for a crisp, clean finish.” Along with a few other judges, I was fortunate to taste this wine from a bottle that had been opened a day earlier for evaluation by a panel. It was—in a word—astounding. Those citrus flavors were vibrant and resonant, while the elegant structure and balance promised enhanced development for years to come.

Another outstanding Chardonnay is from Craggy Range’s Kidnapper’s Vineyard in Hawkes Bay. The 2012 vintage also won a silver medal at the Wine Awards. The judges described it as showing, “…a riper more tropical fruit profile” than the Kumeu River Chardonnays with, “plenty of energy in the acidity along with concentration and length.”

Riesling constitutes only three percent of New Zealand white grapes, but the judges found three different styles worthy of gold awards. The driest at 1.23 percent residual sugar was Mt. Beautiful, North Canterbury, Riesling 2014 showing, “Spiced apple and pear fruit in an off-dry style with high tone acidity.” Framingham, Marlborough, Classic Riesling 2013 with 1.7 percent residual sugar was described as, “Generous with juicy spiced apple, pear, and pineapple fruit well balanced with mouthwatering acidity.” The sweetest wine awarded gold at 3.3 percent residual sugar was Forrest Wines, Marlborough, Riesling “The Doctors’” 2013. The grapes are farmed with the intention of creating a low alcohol wine. In the winery, fermentation is arrested at the optimum balance of sugar and acidity. Judges noted the wine was, “Luscious and energetic, with floral, tropical and lemonade flavors.”

Craggy Range makes outstanding reds from their Hawkes Bay vineyards, widely available through Kobrand. The 2011 vintage of the Gimblett Gravels Syrah, which I tasted at the winery in May 2014, is a blend of seven different clones structured more like a northern Rhône Syrah than a New Word rendition; powerful–yet light on its feet. The Gimblett Gravels “Sophia” 2011, a Bordeaux-style red blend with 60 percent Merlot, shows how impressive that variety can be when grown in the right place. The dense fruit shows a core of black cherry and cassis with a dark chocolate accent and structure from zesty acidity and polished tannins.

For further inspiration, consider a few US wine lists that feature extensive selections of New Zealand wines. These include Michelin-starred restaurants such as The Musket Room and PUBLIC in New York City, as well as Aroha Restau- rant in Westlake Village, California.

Douglas is consultant to The Musket Room in New York City, which was awarded one Michelin star in October 2013 only four months after opening. Chef Matt Lambert is a New Zealand native, and the menu is his take on traditional cuisine of his homeland. The extensive wine list includes wines from around the world, but 75 percent of the offerings originate from New Zealand.

PUBLIC in New York City also holds a star from Michelin. The food is described as, “Free-spirited fusion,” although Chef Brad Farmerie likes to source ingredients from New Zealand and Australia. Wines from most of the world’s best wine regions are well represented on the wine list, but Australian and New Zealand wines are prominently offered. A page of the list is dedicated to a regional tour of Kiwi Pinot Noirs from north to south. They have also managed to collect four vintages of Te Mata’s “Coleraine,” a Bordeaux-style blend from Hawkes Bay that is not distributed in the US.

The chef-owner of Aroha Restaurant in Westlake Village, California, located northwest of Los Angeles, is from New Zealand and his native country’s cuisine is his focus. The restaurant is more casual that the New York restaurants and the wine list offers about 50 selections, half of which are from New Zealand. Most of the remaining selections are from California, with a smattering of French and Italian wines.

These exemplary restaurants might lead you to wonder whether it is necessary to be a Kiwi to have a great selection of New Zealand wines on one’s wine list. The answer has two parts: No…but it helps. All that is really necessary is a full awareness of the many excellent wines other than Sauvignon Blancs that are made in New Zealand. Naturally, those who hail from the country get a head start, but anyone can close the gap by reading, tasting and touring. If you can get there, go there. It is a long trip, but unquestionably worth the journey. New Zealand’s reputation for incredible natural beauty is entirely justified, and delicious wines and an amazing history make the land one of the world’s premier destinations for anyone in our industry.