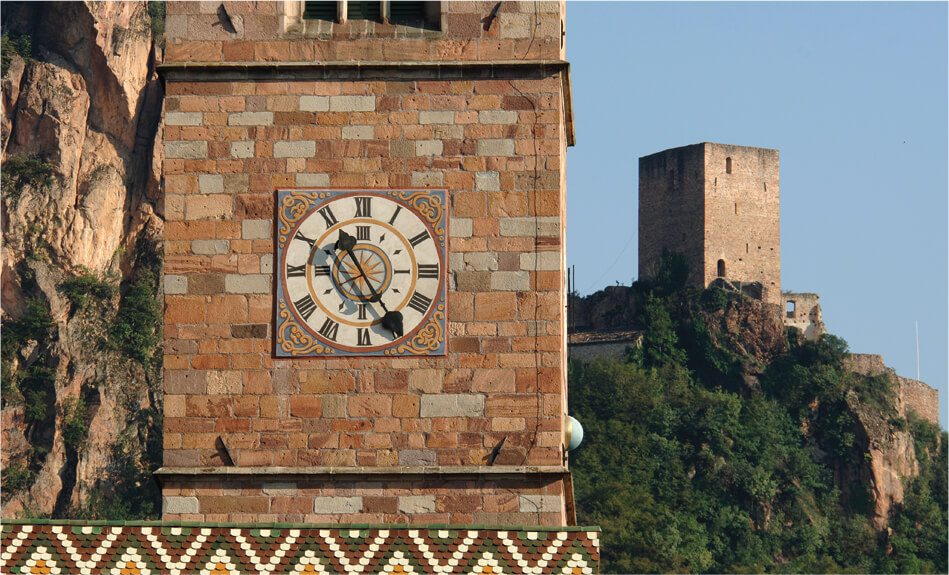 In the region of Südtirol / Alto Adige, where the primary language is German (followed by Italian, then Ladin, an ancient dialect similar to Swiss Romansch), and where wine production is dominated by cooperatives and varieties are traditionally red, Cantina Terlano has been the trendsetter for over 100 years, crafting some of the longest-lived white wines in Italy—if not the world.

Cantina Terlano (Kellerei Terlan in German) was founded in 1893 by twenty-four winegrowers, determined to differentiate fine winemaking from the landlord-dominated agriculture of the time. Three years later the wines of Cantina Terlano appeared at the Munich Wine Festival and by 1900 were receiv- ing acclaim at the Paris World Exhibition.

Since that 1900 exhibition, Cantina Terlano has been a winery intent on distinguishing its wines by their longevity and freshness. In a time of dramatic economic growth and modernization in Italy in the 1950s, Kellermeister Sebastian Stocker instituted an almost unprecedented cellaring program dubbed the “vinotheque.” Every year, beginning in 1954, over 500 bottles were held back to taste at later dates—as much for education and information on the aging process of the wines as for pleasure and hospitality. This tradition was then continued by his successor, current Kellermeister Rudi Kofler. The

cellar also, amazingly, contains vintages pre-dating this shift in approach, stretching back all the way to the first vintage in 1893. According to Klaus Gasser, Sales and Marketing Director, Stocker also built a few secret areas in the cellar to hold back wines known only to him.

A Kellermeister working within a cooperative is not just the enologist, as Joseph Bastianich points out in his Grandi Vini, but also the ambassador between the winery and its growers. Cantina Terlano currently works with 143 growers on 165 hectares (408 acres), and controls quality very carefully. Growers are paid based upon the quality of their grapes, not the quantity, and yields are kept quite low. Gasser points out that the unique terroir of Terlano aids tremendously in keeping yield down—a combination of the famous Bolzano quartz-porphyry (a volcanic matrix with exceptional drainage and heat-retention) and smaller proportions of sand and loam.

Currently Terlano focuses on wines in four different lines: Classics, Vineyards, Selections, and Rarities. The Rarities Line was begun in 1991, when it was decided that the time had arrived to bottle the 1979 Pinot Bianco. This wine aged for a year in large oak barrels, then spent the rest of its élevage on its lees in 2500 liter stainless steel tanks. This extended aging, Terlano (a traditional Terlano blend of the previously mentioned varieties, with Pinot Bianco providing the mineral backbone, Chardonnay the warmth and breadth, and Sauvignon the fresh and herbaceous aromatics). Every year, 3,330 bottles are filled, then released after a further four to five years in the bottle.

At a recent tasting of Cantina Terlano’s wines, including current vintages and library releases, the true longevity of these wines was more than affirmed. The younger wines (from the past fifteen vintages or so) were not just youthful, but actually quite tightly wound. Of particular interest was tasting the ways in which Pinot Bianco develops. Not necessarily the first variety most sommeliers would think of laying down for 10, 20, or even 50+ years, tasting Terlano Pinot Bianco through a number of vintages made it apparent that it not only ages well, but remarkably well. The youngest wine we tasted was one of the cru releases of Pinot Bianco. From 500-900m slopes of porphyric soil in the Vorberg cru, this varietal Pinot Bianco is aged for one year in large German oak. Fresh, bright and resounding with washed river stone minerality, stone fruit and lemon curd, the 2011 vintage was very densely packed and clearly has years to go.

Following on the heels of the 2011, we went back to the 2002 Pinot Bianco. One of the “Rarities” collection, this wine followed the traditional Stocker Method discussed above, and was bottled in October of 2013. Still extremely fresh and densely packed, it showed lots of the autolytic character expected from a wine freshly bottled after such extended lees contact (expressed with notes recalling brioche, tomme de savoie and button mushroom), followed by lemon zest and under-ripe apricot. Long, with a bright, mineral finish, the wine was undeniably impressive.

The final Pinot Bianco tasted was from the 1955 vintage, bottled in 1956. Resounding with savory notes, this flagship wine is full of accents suggesting truffles, parsnips and sage, while still retaining a classic lemon pith and ripe, slightly oxidized apricot component. Still quite amazing in its freshness, the acidity and weight were in lovely balance, and while it lacked the intense vigor of other varieties from Terlano of comparable age, it over-compensated with weight and mineral drive. In these three wines, separated by decades of aging as well as different techniques in winemaking and élevage, we were nevertheless able to see a thread of continuity that marks Cantina Terlano as an exemplar across the world of white winemaking.

One of the great challenges in the sommelier profession is finding opportunities to taste older wines, stay in tune with how wines develop, and, in the end, convey this experience to our guests. The team at Cantina Terlano and their U.S.A. importer—Banville Wine Merchants—do a credit to the profes- sion by opening these wines for the education and enlighten- ment of the sommelier community. Wines like Terlano Pinot Bianco from 1955 are wonderful reminders that ageability and longevity can be found in unlikely quarters. Cantina Terlano is truly unique in its cellar practices and dedication to aging wine thoroughly, and it should inspire us to search for producers who may be quietly demonstrating this caliber of commitment elsewhere in the world.